The largest of the Ionian islands and one of the most popular tourist destinations. Not only because of the movie “Captain Corelli’s Mandolin”, which was filmed here, but also because of its beauty. According to myths, its name comes from the first inhabitant of the island, the mythical hero “Kefalos”. Ruins of powerful ancient cities have been found in many areas of the island; the impressive Mycenaean tombs reinforce the theory that the famous King of Ithaca, Odysseus, has been killed in Kefalonia and many ancient treasures are exhibited at the archaeological museum in the capital of the island. Here the rare “Caretta-Caretta” turtles choose many of the amazing beaches of the island to give birth to their eggs. The cosmopolitan capital is crowded and active, with stylish bars and cafes, taverns with delicious Kefalonian cuisine, but also there are many unique and picturesque settlements and monuments full of history and tradition. Kefalonia is the island where the modern way of life blends harmoniously with tradition and relaxed Mediterranean habits. 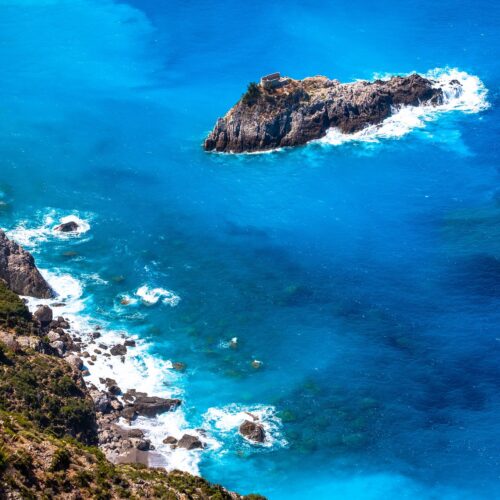